With the drive for improved performance and smaller form factor, packaging schemes based on wafer bumping rather than traditional wire-bond are becoming the default for new designs. PVD systems are used to deposit Under Bump Metallization (UBM) layers to enable bump metals to adhere to die electrical pad contacts, or to act as seeds for Cu plated Re-Distribution Layers (RDL).

Organics are well-known to absorb contamination such as moisture, which affects subsequent PVD processes and film quality. Removal of such contaminants prior to UBM/RDL metal deposition is critical to maximising yield, particularly with shrinking device designs where reduced CDs are more sensitive to contamination. As moisture content is reduced, contact resistance (Rc) improves (see Fig 1). 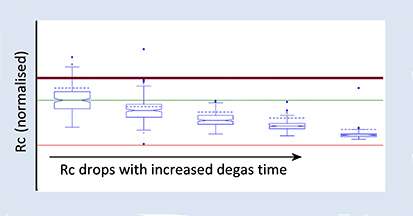 Traditional PVD systems used in FEOL processing remove moisture and other contaminants by heating wafers to high temperatures (typically > 300°C) for a short period of time in a single wafer processing chamber prior to metal deposition. Processes are relatively short, but effective, as high temperatures can be used with the inorganic materials involved.

The use of organic materials in packaging schemes however presents challenges for PVD. Organics tend to have low thermal budget, as low as 120°C in some cases. To maintain effective contamination removal, wafers require extended degas times at lower temperatures.

With a single wafer process chamber concept for wafer degas, system throughputs reduce as degas time increases and cost per wafer increases as a result.

The SPTS Sigma® fxP PVD system uses a novel degas chamber design to overcome this issue. The MWD (Multi-Wafer Degas) module is based on a batch rather than single wafer concept. Using this approach there is always a clean wafer available to process, eliminating degas as a throughput bottleneck. Wafers dynamically pumped under clean, high vacuum conditions, with radiation heat transfer warming wafers directly to temperatures within the operating regimes for packaging applications.

A Sigma® fxP configured with MWD will deliver throughputs > 1.5x competitor UBM systems based on single wafer degas processing technology. As new materials emerge with even lower thermal budgets, longer degas times can be employed with no impact on throughput (See Fig 2). Conversely, competitor systems based on single wafer degas will get progressively slower. 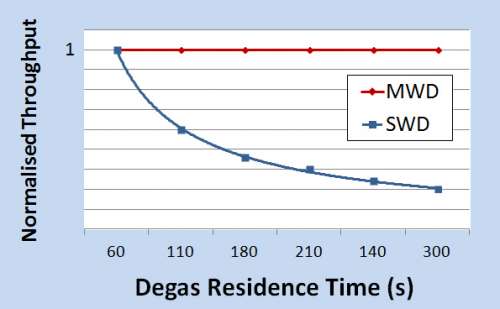 Fig 2 Longer Degas times - No impact on throughput with MWD