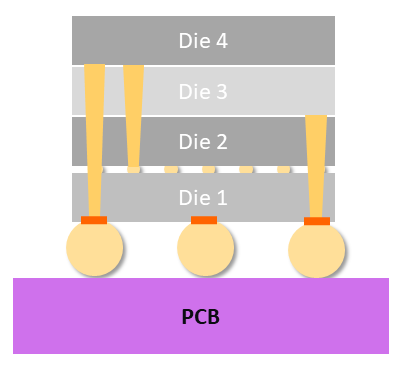 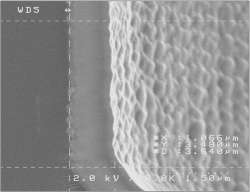 Before the lined via can be filled with Cu, there is also a need for a barrier layer, typically TaN, Ti, TiN, to prevent any chance of Cu atoms migrating through the dielectric into the silicon substrate, and then a Cu seed layer is deposited to create good adhesion to the barrier layer and facilitate the subsequent electrochemical deposition step used to finally fill the via with Cu.  Both the barrier and seed layers can be deposited using Sigma® PVD Advanced Hi-Fill® module utilizing ionized PVD technology to achieve deposition into "via-last" TSVs (up to ~10:1) by promoting the re-sputtering of metals into “hidden” areas on the sidewall. 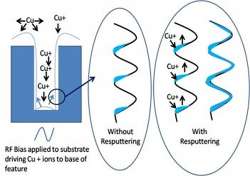